She Grew Funny was a hit at the 2017 Toronto Fringe, and sold out the last three shows. We are thrilled to give audiences one more chance to catch Joanne O’Sullivan in The One More Night Festival.  The autobiographical show – a mix of the funny and serious –  asks: “What did losing your mother so young do to you?” She Grew Funny is a look into the age-old connection between tragedy and comedy and how our pasts can irrevocably affect our future.

We asked Joanne to tell us why audiences love this show, and she kept us giggling with her answers.

What will we see in your show that we haven’t seen before?
Me, three months older.

What emojis best describe what you see on audiences’ faces when you perform this show?
Is there a “everyone’s face is completely obscured because I’m staring into a spotlight” emoji?

If I followed the main character of your show on Instagram, what would my feed be full of pictures of?
Two enormous cats and her very cute 7-year old daughter.

What would Donald Trump tweet about your show?
“At first I was like, who writes a show about their dead mother? Sad. But then I found out the dead mother was HOT. Tremendous play.”

If your show had a Tinder profile, what would you put on there to make me Swipe Right?
Joanne. Holding a mic. And when she’s nervous she really grips it.

Tell me what I should know about the playwright. Bonus points if they rhyme.
Joanne is a comic who wrote a play,
It’s the third that one she gets to say,
It was the hardest to write, but her pain did pay,
’cause Brick and Mortar gave her one more day!

As you leave the theatre, Joanne hopes you will be left thinking about how her tale relates to your own stories. 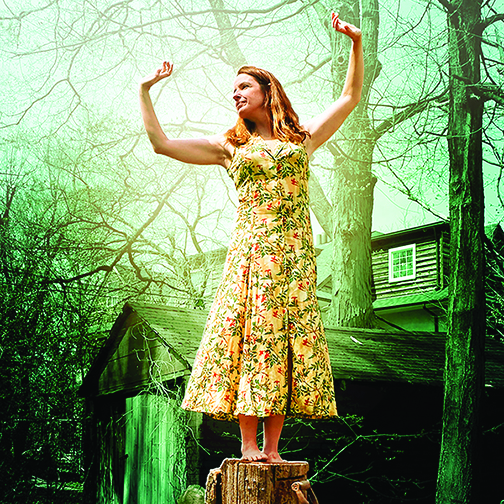 When a person deals with loss and tragedy at a young age, what do they become? Writer for CBC’s This Hour Has 22 Minutes and The Baroness Von Sketch Show, Joanne O’Sullivan tells a touching, funny and true story of how her life changed when her daughter turned 6, the same age she was when her own mother died of Cancer.

Written and Performed by: Joanne O’Sullivan
Directed by: Chris Earle