Richard Buttle has spent twelve years in prison for murder. Today is the day of his first parole hearing. While he desperately wants to be free he needs to convince the board in front of Charlie Alexander, the father of the boy he killed.
We are excited to keep the conversations going about the important topics in Grey at The One More Night Festival.

We asked playwright Chantal Forde a few questions about the production, which has been described as packing an “emotional wallop.” She told us to come for the drama – stay for the conversation.

Why do you think audiences want to see Grey?
We push boundaries. We say things that make people uncomfortable. So why would anyone want to see this? Because it addresses the complexity of human behaviour. Because we forget that people have a layered history and wealth of experiences that lead us to our decisions – the good and the bad. Because we, as generally good citizens, don’t like to admit that we too have prejudices and biases.

What will we see in your show that we haven’t seen before?
It’s not that you haven’t seen it, it’s that you’ve never seen it from so many angles. This is about perception, information and bias. How do you see the story?

Why Toronto, why this show, and why now?
This is a show that resonates on many levels and is particularly, and sadly, relevant with the current North American racial tension. While the show doesn’t deal with racial conflict head-on, it is often lingering in the background. This story asks the audience to examine their biases and how they came to be.

What would my 90 year old Grandma love about your show?
That it plays with your perceptions.

What would my 90 year old Grandma hate about your show?
That it plays with your perceptions.

What are critics saying about Grey?
“There’s not a weak link to be found among the superb five-actor cast though, with each actor creating a fully realized character that I could connect with.” – My Entertainment World
“True crime hits the stage in this provocative exploration of the space between right and wrong.” – Now Magazine 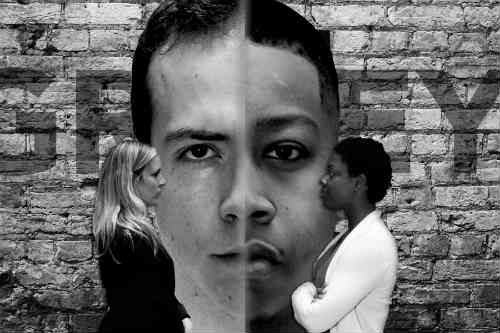 After 12 years, Charlie must once again face the man who murdered his son at a parole hearing. Someone’s a bully. Someone’s a murderer. Someone’s a hero. Someone’s to blame.
Murder is black and white. Until it isn’t.