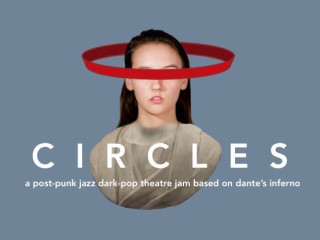 Circles might be based on The Inferno of Dante Alighieri’s Divine Comedy, but Dead and Lovely Collective promises us we will leave the theatre thinking: “I never thought a 14th century religious text could rock so hard!” We asked them a few questions about their upcoming production in the 5th Annual One More Night Festival.

Describe how audiences react to Circles, using Emojis only.
🍆 😱🙈🤢😎👺

If your show was on Netflix, which category would it be in?
Critically acclaimed independent features, Cult sci-fi & fantasy, Showbiz Dramas, Faith & Spirituality Movies

Who is this show for?
Anyone who loves music! It is a totally unique approach to music in theatre. It’s a mix between a rock concert and a play, with a bit of magic.
Ok… maybe not your 90 year old grandma. Its loud, and it’s dirty.

If I followed the main character of your show on Instagram, what would my feed be full of pictures of?
Broken glass, dive bar bathroom pics, out of focus concert pics (from fake concerts staged in their garage)

What are critics saying about Circles?
“To be clear here, Circles isn’t a jukebox musical; every one of the 22 live songs are original pieces by Lucas Penner, and musically they’re fantastic. The songs are catchy and unique, blending spoken word, jazz, punk and dark pop together to create a mosaic of styles that works really well with the anarchic feeling of an open mic evening.” – Vance Brews, Mooney on Theatre

This is a story of a band called Dante playing at what they think is a regular open mic, but turns out to be an infernal trap and night of horrors.
Come for the tunes, stay for the rest of eternity!

Circles plays Thursday, Oct 19 at 9pm
at The Commons Theatre
587a College St 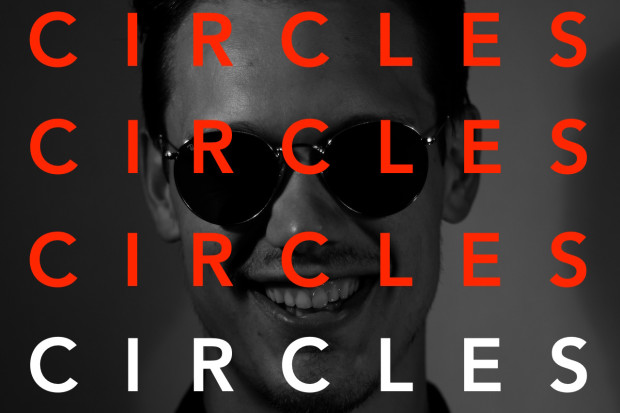 In this adaptation of Dante’s Inferno, a band called Dante plays what they think is an open mic. As this innocent performance turns into an infernal trap and a night of horrors, their friendships and musical careers are put to the test.
Post-punk, jazz, dark-pop, theatre. This production is redifining how music works in theatre with 20 original songs by coposer Luke Penner woven into a compelling and complex narrative.

😱😳😂😈 #Musical #LiveMusic #Thriller #AdultsOnly
Created and Performed by: The Dead and Lovely Collective